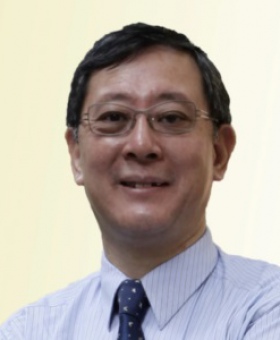 Prof. Ta-Te Lin received the B.S. degree in Agricultural Engineering from National Taiwan University, Taiwan, R.O.C. in 1981, and the MS and Ph.D. degree from Cornell University in 1985 and 1989, respectively. He has been on the faculty of National Taiwan University since 1989, and he is currently Distinguished Professor of the Department of Bio-Industrial Mechatronics Engineering and the Secretary General of the National Taiwan University Secretariat. His research interests include agricultural automation, digital image processing and machine vision, mathematical modeling of biological systems, biorobotics, and mechatronics. He is a member of several international societies including the ASABE, the IEEE Computer Society, Japanese Society for Agricultural Informatics, and the Society for Cryobiology. Domestically, he serves as the board members of the Taiwan Institute of Biomechatronics, Chinese Institute of Agricultural Machinery, and Taiwan Agricultural Information Technology Association.

Prof. Lin has received numerous recognitions for his outstanding performance in teaching and research. He received twice the distinguished teaching award from National Taiwan University in 1999 and 2007. He was awarded the academic achievement award for the Chinese Institute of Agricultural Machinery (CIAM) in 2005. He received the best annual paper awards from CIAM in 2000, 2003, and 2005, respectively, best poster paper awards from TIBM in 2006, 2007, and 2009, and best annual paper awards from Taiwan Entomological Society in 2007. He was elected as one of the Ten Outstanding Agriculturist by the Kiwanis Internationals, Taiwan District in 2013. He has authored or coauthored more than 400 journal and conference papers, and granted more than 10 patents.
Back