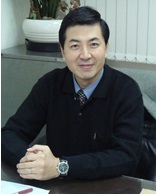 Li-Chen Fu (F’04) received B.S. degree from National Taiwan University, Taiwan, R.O.C., in 1981, and M.S. and Ph.D. degrees from University of California, Berkeley, U.S.A. in 1985 and 1987, respectively.
Since 1987, he has been a member of the faculty, and is currently a full professor in the Department of Electrical Engineering and Department of Computer Science and Information Engineering, National Taiwan University (NTU), Taiwan, R.O.C. Currently, he serves as Director of NTU Center for Artificial Intelligence (AI) and Advanced Robotics as well as Co-director of MOST (Ministry of Science and Technology)/NTU Joint Research Center for AI Technology and All Vista Healthcare. He was awarded Lifetime Distinguished Professorship from his university in 2007. He has received numerous academic recognitions, such as Distinguished Research Awards from National Science Council, Taiwan, R.O.C., the Irving T. Ho Chair Professorship, Macronix Chair Professorship, Academic Award from Ministry of Education, Taiwan, R.O.C., IEEE Fellow in 2004, and IFAC Fellow in 2017. He currently serves as Editor-in-Chief of the Asian Journal of Control as well as Vice-President of IEEE Control Systems Society. His research interests include robotics, smart home, visual detection and tracking, intelligent vehicle, production scheduling, virtual reality, and control theory & applications.
Back